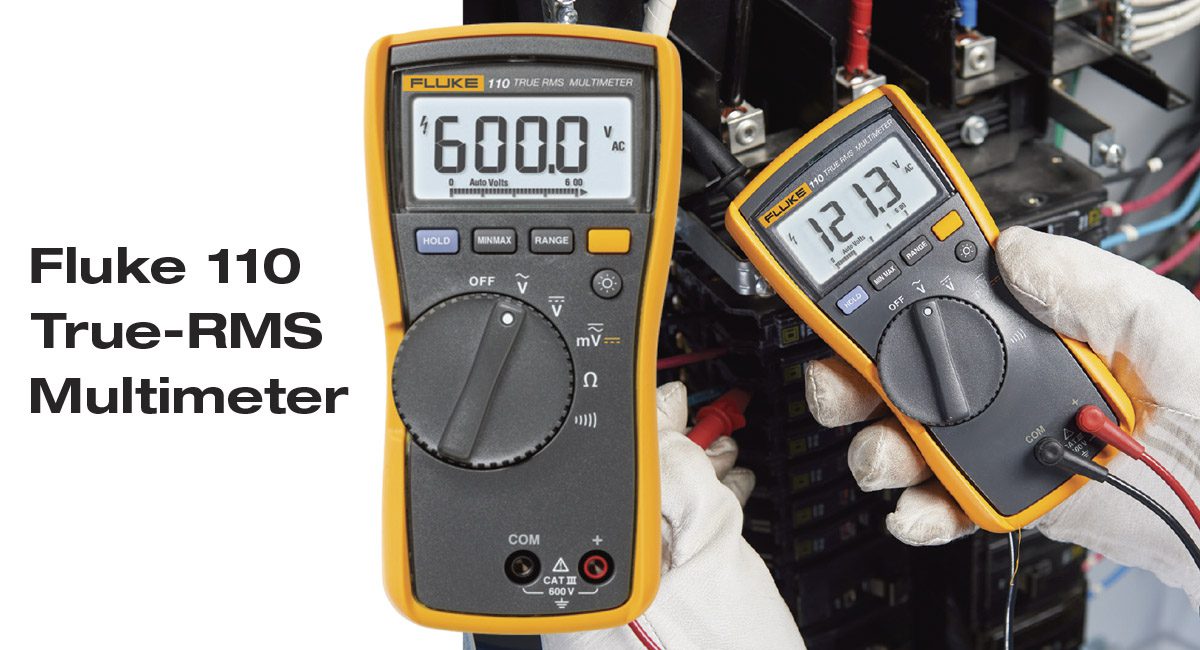 Compact True-RMS meter for electrical troubleshooting
The Fluke 110 is a versatile multimeter for accurately measuring voltage, continuity, resistance and more.

Why True-RMS?
True-RMS (Root Mean Square) meter is widely preferred because it is the only one that can accurately measure both sinusoidal and nonsinusoidal AC waveforms.

Waveforms can be distorted by nonlinear loads such as variable speed drives or computers. An average responding meter attempting to measure distorted waves can provide up to 40% lower or 10% higher in its calculations. A True-RMS meter will give you a more accurate measure for these waveforms.