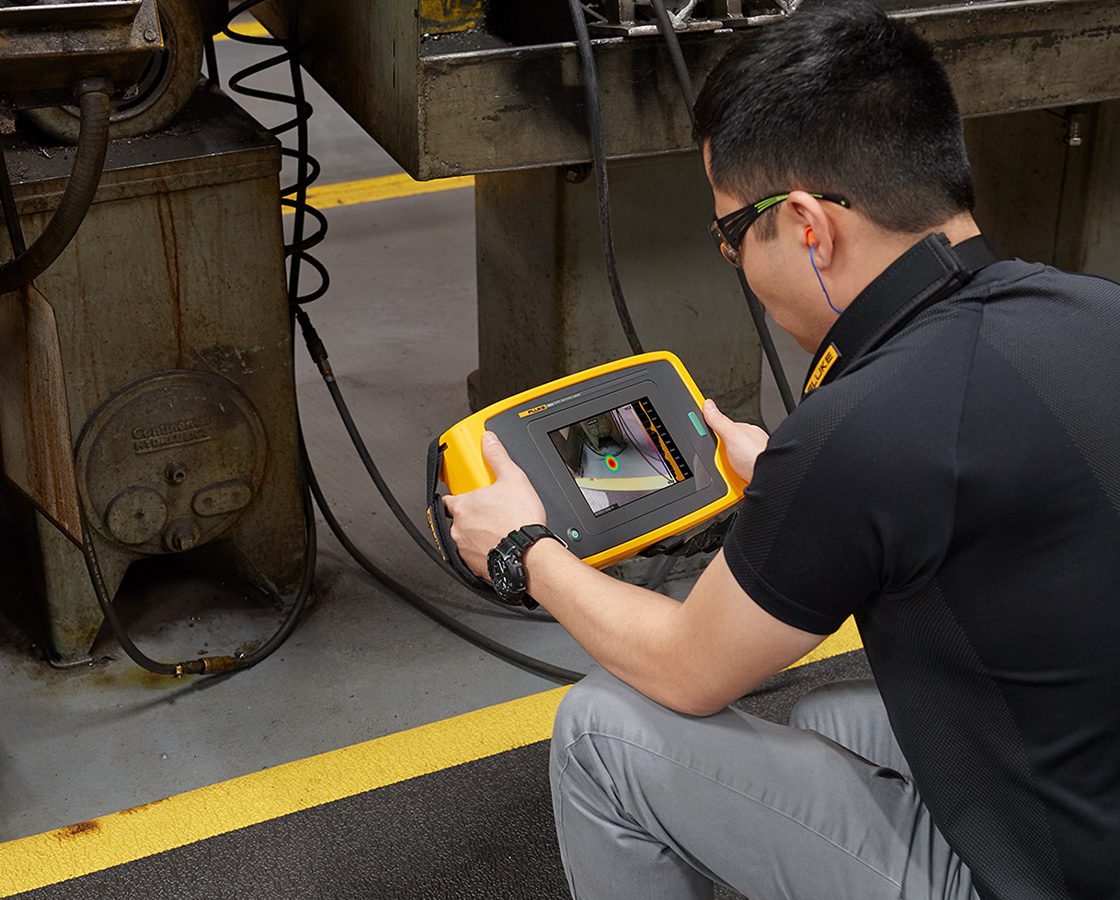 Yet many compressed air, gas and vacuum systems are compromised by wear and poor maintenance practices, which contribute to the greatest waste of all—the ever-present leaks. These leaks can be hidden behind machines, at connection points, overhead in fixed pipes, or in cracked pipes or worn hoses. The waste adds up quickly and can even lead to downtime.

The high cost of wasted air

According to the U.S. Department of Energy, a single 1/8” (3mm) leak in a compressed air line can cost upwards of $2,500 a year. The U.S. Department of Energy estimates an average U.S. plant that has not been well maintained, can waste 20 % of its total compressed air production capacity through leaks. The New Zealand government, as part of its Target Sustainability project, estimates that system leaks can account for 30 to 50 % of a compressed air system’s capacity. Quick detection of compressed air, gas and vacuum leaks is a single factor in finding hidden profits. Air leaks can also lead to capital expenses, rework, downtime or quality issues and increased maintenance costs.

To make up the pressure loss due to leaks, operators often overcompensate by buying a larger compressor than is needed, which requires significant capital costs along with increasing energy costs. System leaks can also cause air dependent equipment to fail due to low system pressure. That can lead to production delays, unplanned downtime, quality issues, decreased service life, and increased maintenance due to unnecessary cycling of compressors.

The maintenance manager of one United States manufacturer, for instance, says low pressure in one of their air torqueing tools can potentially lead to product defects. “Mis-torqued units, either under torqued or over torqued, can lead to recalls. That also leads to more man hours put into something that should have been a very standard process,” he says. “It’s money out the door in lost profits and lost units. In the worst-case scenario we also wind up with lost demand because we weren’t able to deliver.”

It’s no wonder that utilities, industry, and government all target compressed air systems as a potential source of cost savings. Leaks lead to waste. Correcting those leaks can save the operator money and prevent the utility from having to build additional capacity into their system.

Many plants and facilities do not have a leak detection program. Finding and fixing leaks isn’t easy. Quantifying the amount of waste and determining the cost, requires energy specialists or consultants who use energy analyzers and loggers to audit your air systems. By systematically calculating the annual cost savings of eliminating the leaks, they can make a strong business case for proceeding on such a project.

Energy audits of compressed air systems are often conducted through partnerships with industry, government, and nongovernmental organizations (NGOs). One such partnership, the Compressed Air Challenge (CAC) is a voluntary collaboration of those types of groups. Its single goal is to provide product-neutral information and educational materials to help industries generate and use compressed air at maximum sustainable efficiency.

Why ultrasonic leak detection is inefficient

Mainstream leak detection practices are, unfortunately quite primitive. An age-old method is to listen for hissing sounds, which are virtually impossible to hear in many environments and to spray soapy water on the area of the suspected leak, which is messy and can create a possible slipping hazard.

The current go-to tool for finding compressor leaks is an ultrasonic acoustic detector–a portable electronic device that recognizes high frequency sounds associated with air leaks. Typical ultrasonic detectors help find leaks but they’re time consuming to use and repair crews can generally only use them during planned downtime, when maintaining other critical machines might be a better use of their time. These units also require the operator to be located close to the equipment to find leaks, which makes it difficult to use in hard-to-reach areas such as ceilings or behind other equipment.

In addition to the time it takes to find leaks using either soapy water or ultrasonic detectors, there can be safety issues with finding leaks overhead or under equipment using these techniques. Climbing ladders or crawling around equipment can pose dangers.

What if there were a leak detection technology that could pinpoint the precise location of a leak from up to 50 meters away, in a noisy environment, without shutting down equipment? Fluke has developed an industrial imager that does just that. Industrial maintenance managers are calling the Fluke ii900 Sonic Industrial Imager, a “gamechanger” in the pursuit of finding compressed air leaks.

The ii900 includes an acoustical array of tiny super sensitive microphones that detect both sonic and ultrasonic sound waves. The ii900 recognizes a sound source at a potential leak location and then it applies proprietary algorithms that interpreter the sound as a leak. The results produce a SoundMap™ image—a color map superimposed over the visible light image—showing exactly where the leak is. The results are displayed on the 7” LCD screen as a still image or a real time video. The ii900 can save up to 999 image files or 20 video files for documentation or compliance purposes.

Large areas can be scanned quickly which helps locate leaks much faster than with other methods. It also allows for filtering on intensity and frequency ranges. A team at a large manufacturing plant recently used two ii900 prototype units to locate 80 compressed air leaks in one day. The maintenance manager said it would have taken them weeks to find that number of leaks using traditional methods. By finding and fixing leaks quickly, the crew also saved potential downtime, which at this plant can cost an estimated $100,000 an hour in lost productivity.

Where to find leaks:

How much air are you wasting?

The first step in controlling leaks in compressed air, gas and vacuum systems is to estimate your leak load. Some leakage (less than 10 %) is to be expected. Anything beyond that is considered wasteful. The first step is to determine your current leak load so you can use that as a benchmark to compare improvements against.

The best method for estimating leak load is based on your control system. If you have a system with start/stop controls, simply start your compressor when there is no demand on the system—after hours or off shift. Then take several readings of compressor cycles to determine the average time to unload the loaded system. With no equipment running, the unloading of the system is due to leaks.

To estimate leak load in systems with more complex control strategies, place a pressure gauge downstream from the volume (V, in cubic feet), including all secondary receivers, mains, and piping. With no demand on the system, except leakage, bring the system up to its normal operating pressure (P1, in psig). Select a second pressure (P2, about half the value of P1) and measure the time (T, in minutes) it takes for the system to drop to P2.

Efficiently fixing and repairing leaks can lead to substantial cost reduction for air-dependent businesses. Companies are not only able to save on energy use by repairing leaks but can also improve production levels and extend equipment life.